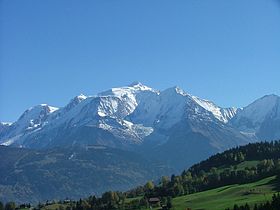 Who would have believed that a mountain range could actually be endangered? However, according to researchers, the Alps as we know them will be gone in less than 40 years due to global warming.  The Alps ranked number 6 in our list of 10 Places to See Before They Are Gone.

According to studies, temperatures in the Alps have been increasing at twice the global average since the 1880s. Every 10 years, the average temperature of the Alps has increased by 0.72 degrees Fahrenheit. And since the Alps are at a lower altitude than the Rocky Mountains, these changes in temperature are having a more dramatic effect. In fact, the Alpine glaciers have already lost 20 percent of their size since the 1980s, and the glaciers are expected to disappear altogether by 2050.

So if St. Moritz has been on your “bucket list,” don’t delay. Now is the time to travel the Alps before the spectacular glaciers are gone forever.