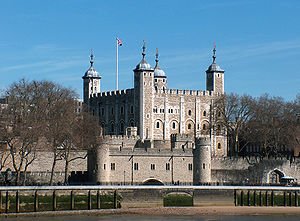 There’s absolutely no way you can see all there is to see in London in a day. But, if your time is limited, here are some ideas to make the most of precious hours in one of the world’s great cities…

Seeing London in a day? The very idea sounds whimsical—a little like trying to climb Mount Everest in an hour and a half.

If you have the time, allocating 4 or 5 days to London is more like it. You can go at a more relaxed pace, mixing sights, theater, afternoon teas, and good food at historic pubs. And, if you want to experience London’s breathtaking museums (the British Museum, the National Gallery, the Tate Gallery, and the Victoria and Albert Museum—just to name a few) in some depth, you might want to plan to spend a week. The British Museum alone has 2.5 miles of galleries to explore.

But, if a day is all you have and you have to make the hard choices, here are some recommendations to make sure that you have a jolly good time!

At this point, it has been a very full day. And it’s probably time to head back to your hotel room for a well-deserved night’s sleep and perhaps a dream or two about other London sights you would like to see on your next visit.