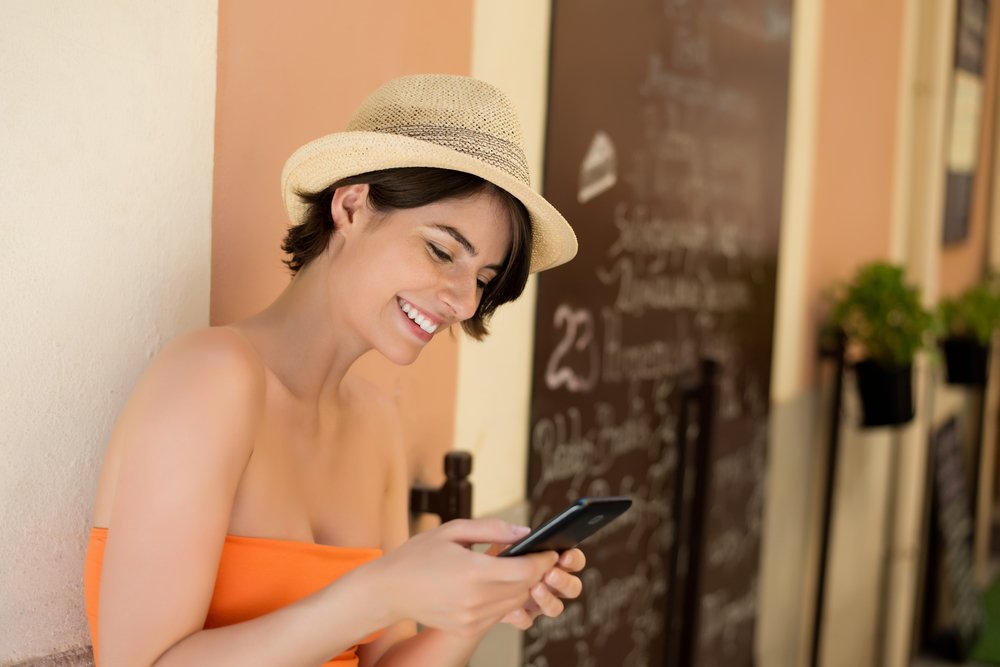 Calling the U.S. Free from Overseas

Recently, my wife and I had a wonderful experience. We were driving along a California freeway when I received a request to communicate via Apple’s FaceTime on my iPhone. The person requesting to talk was our daughter who was sitting in a hotel lobby in Istanbul with our son-in-law. They were waiting for dinner and had a few minutes. Although I had to keep my eyes on the road, all of us had a delightful chat. Our daughter and son-in-law talked about the Greek Isles cruise they had just completed. And we gave them an update on our lives (which were much less exotic than theirs at the time). It was lots of fun.

“That’s nice,” you might say, “but, apart from the close family ties, what’s so special here? People have been phoning loved ones in the U.S. from overseas and vice-versa since the 1920s. In fact, the ability to see people as well as to talk to them live on a handheld consumer electronics device isn’t all that earthshaking, either.”

While that’s all true, what really intrigued me was that we could do all of this so easily, even while my wife an I were in our car driving down the freeway, and without any of us incurring any extra phone charges. Now, that—when I thought about the astronomical roaming charges I’ve paid while traveling over my years—was worth a “wow!”

One critical ingredient here, of course, is public wifi: a service that any traveler can now find in millions of places around the world from a coffee house in Santiago to a noodle bar in Hong Kong, to—yes—a hotel lobby in Istanbul. Once you find a public wifi space, you’re almost in business.

The other critical ingredient is what technologists call “platform compatibility.” You and the person you want to talk to both have to have tools and services that are synched up to communicate with each other.

This sounds like it can be a hassle, but it really isn’t. Here are some options you might consider:

You can always use your mobile phone service the old-fashion way, of course. But that will always mean ridiculously high roaming charges. And, with public wifi spaces now so numerous and widespread around the world, this just doesn’t make much sense anymore. More and more travelers take their iPhones, Androids, or other smart phones on trips both to take photos and to stay current with their email, anyway. Why not also use them (or other devices such as tablets or laptops) to call loved ones back home—for free? It’s a great new travel opportunity!

When going abroad, more travelers are also looking into various insurance plans for their smart phones, tablets, laptops, and other electronic devices. These are worth considering for various reasons. Smart phones, especially, are highly prized by thieves and easy for them to steal. They’re also easy for you—when you’re taking a picture of that beautiful waterfall—to inadvertently drop into a river or lake.

For more information about special plans that cover these devices, check out this page.

Dan has traveled around the world for both business and pleasure. During his years working in high-technology start-up companies he traveled extensively throughout Asia, Europe, and the Americas. Dan and his family also travel extensively for pleasure. Although it is challenging for him to choose a favorite destination, he gravitates toward France and Japan. Dan prides himself in the ability to travel anywhere, for as long as necessary, with a single modest carry-on bag. He also has an enormous respect for local cultures and customs. Dan is President and Founder of TripInsurance.com, the online source for comprehensible, and affordable travel insurance. Dan decided to form TripInsurance.com when he encountered his own frustrations trying to navigate the insurance options for his own vacation and business travel needs. See me on Google+
PrevBest Airlines for Food
What to Do if the Airline Loses Your LuggageNext