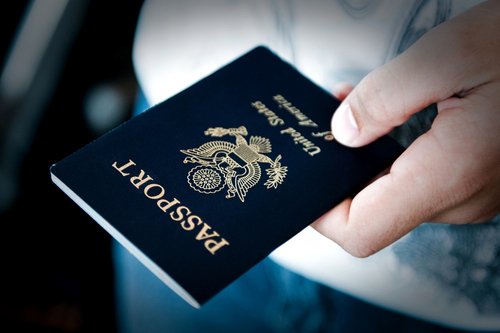 If you’re travelling abroad you need a passport.  In a perfect world, you either get or renew your passport well in advance of your trip.  Unfortunately, the world is frequently imperfect.  The travel insurance you purchased protects you against trip cancellation, but it doesn’t cover travel changes or cancellation because you don’t have a valid passport.  Don’t incur unnecessary trip costs because of poor planning.

I just heard a travel horror story that actually started before the actual trip.  A friend of mine was traveling to France to visit her daughter who was studying abroad.  Late the night before her flight, she was collecting all of her pertinent documents.  To her dismay, she discovered her passport had recently expired.  She knew she wouldn’t be able to get on her flight without a valid passport.  Early the next morning, her husband, with a valid passport, kissed her goodbye and went to catch his flight.  Her ordeal was about to start.  She went to get a passport photo taken as soon as she could.  Then it was off to the San Francisco Passport Agency.  (This is where she caught a bit of a break. She lives only on hour away from one of the 26 Passport Agencies). She came with her completed passport application, new passport photos, her old passport and her airline ticket showing that she had missed her flight.  This is where she caught her second break.  Someone took pity on her and let her in without an appointment.  After going through some major security, she turned in all of her documents and paid for the application.  The facility accepts applications until 11:30.  Then they close and reopen again at 2.  So she waited in line a second time in order to get her passport.  She was lucky.  If she didn’t live close to a passport agency or if someone hadn’t let her in without an appointment, she would have missed her trip.  She flew to France the next day.  Not only was she frazzled, she had the added expense of changing her airline ticket in the last minute.

This drama could have easily been avoided.

When you’re traveling abroad one of the first things you need to do is make sure your passport is valid and that you have any visas you may need.  The State Department recommends your passport be valid for 6 months past your travel dates because many countries require this.  I have heard of people arriving in foreign countries only to be denied entrance because of the expiration date on their passports.  To ensure that you have the documents you need, I suggest using the State Department’s passport page  to determine if you need a visa.

If you do forget to renew your passport all is not lost.  You can get use the expedited service for $60 extra over the cost of the $100 renewal plus any overnight mailing fees.  It will take 2-3 weeks, or possibly less if you can prove an urgent need. If you’re lucky enough to live close to a passport agency you can go there to try your luck. You can call the National Passport Information Center at 1-877-487-2778 to schedule an appointment.  You can also use an expediter like rushmypasssport.com.  Companies like this are registered, but not affiliated with the State Department.  Costs can run up to $300 for this service.

Trip insurance wouldn’t cover this type of delay, but the right policy protects you from unplanned illnesses or business conflicts.  Make sure you’re ready for that fabulous trip abroad.  Make sure all of your paperwork is in line long before you leave to ensure you can get on that plane or boat.  Think about getting travel insurance for everything else that could happen.