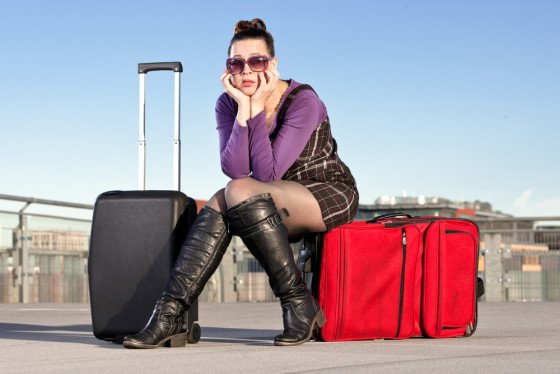 Cruise Cancelled Due to a Mechanical Breakdown

Recently, a major cruise line experienced some serious mechanical problems with one of its ships and cancelled several planned excursions over a 6-week period. The company was quite sensitive to the inconvenience it had caused the people planning to cruise on this ship. In fact, each person received a full refund on the cruise they had signed up for, a 25% discount on a future cruise, and $200 to cover any other penalty fees from other travel cancellations such as airline tickets.

While that doesn’t sound bad at all, one pair of passengers—listeners on the CruiseRadio podcast series who’d purchased their cruise insurance through the cruise line—had an issue. They purchased airline tickets subject to change or cancellation fees and stood to lose their $800 investment in these tickets. Subtracting the $200 the cruise line was giving each of them, they were still losing about $400. So, they were far from being happy cruisers.

One solution for these people in the future would simply be buying cruise insurance from a third-party provider such as TripInsurance.com instead of through the cruise line.

But, whomever they buy from, it’s important that these and other people be aware of a couple of related issues.

The first is the impact of a cruise cancellation on airline tickets. This can affect travelers in several ways. The most obvious are different penalties for cancelling or changing airline tickets. Some tickets, of course, are non-refundable. Period. But there are other facets to this as well. Some airlines, for example, charge a re-banking fee for airline miles or a fee for changing a ticket. These charges are airline fees and aren’t necessarily a direct loss of a person’s ticket value. This sounds like an extra charge we have to pay. But both the airlines and the insurance companies treat the fees differently than they do a non-refundable ticket loss. The $400 loss that the people incurred by changing their tickets is an airline fee.

Some policies provide a small amount of coverage for airline-imposed fees as part of cancellation or trip interruption. But this kind of coverage is not that common. Of the carriers on our website, for example, only US Fire covers these kinds of fees. It limits the coverage to $100 on its Silver plan and $150 on its Gold and Platinum plans. So, under that clause, these travelers would have received $150 each to cover the change fees. This, in addition to what they received from the cruise company, means they would only be out $100.

Also, some plans will insure people for a mechanical breakdown of a common carrier that lasts longer than 12 hours. Under that clause for trip cancellation or trip interruption, people would receive the full $400 reimbursement for the cancellation penalty. Again, this sort of coverage clause is not all that common. On our website, all the US Fire plans and the Better and Best plans from American Modern are the only ones that provide protection against the mechanical breakdown of a common carrier. This is one of the reasons why these plans are our most popular.

For anyone considering cruise insurance, I highly recommend both shopping around on the web and buying a plan that includes this type of protection. When you think of all the mechanical difficulties that many cruise companies are experiencing these days, this makes absolute sense.

There are many aspects to cruise insurance, of course, and if you have any questions about any part of this subject, we heartily encourage you to contact one of our licensed travel and cruise insurance professionals. Just call us at 1-877-219-8169 or email us at support@tripinsurance.com. You’re under no obligation to buy cruise insurance from us. In fact, we’re just happy to help people better understand their various cruise insurance options so they can sail more smoothly and confidently.

Dan has traveled around the world for both business and pleasure. During his years working in high-technology start-up companies he traveled extensively throughout Asia, Europe, and the Americas. Dan and his family also travel extensively for pleasure. Although it is challenging for him to choose a favorite destination, he gravitates toward France and Japan. Dan prides himself in the ability to travel anywhere, for as long as necessary, with a single modest carry-on bag. He also has an enormous respect for local cultures and customs. Dan is President and Founder of TripInsurance.com, the online source for comprehensible, and affordable travel insurance. Dan decided to form TripInsurance.com when he encountered his own frustrations trying to navigate the insurance options for his own vacation and business travel needs. See me on Google+
PrevTravel Insurance for a Change in Itinerary?
Tips for Communicating with Non-English SpeakersNext