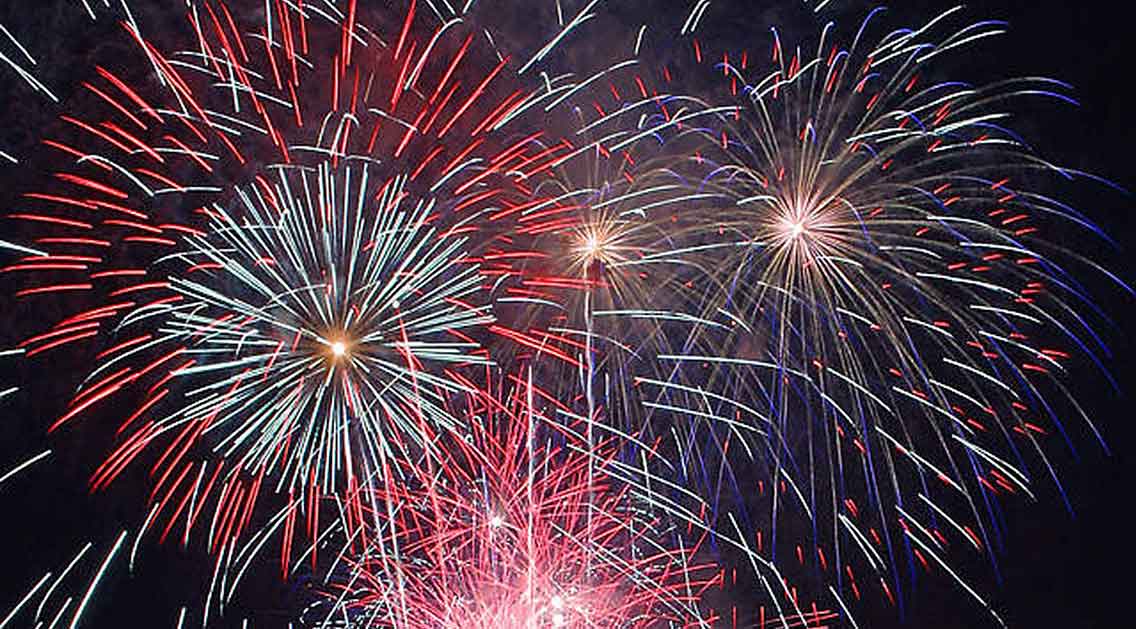 July 4 is just around the corner.  Are you ready for a summer getaway?   Why not mix the excitement of fireworks with some history.  Here are a few suggestions of places where you can see part of American history and also see fabulous fireworks.     Washington DC is the home of our nation’s capital.  What could be more patriotic than visiting our nation’s capitol to celebrate it’s birth?  Visit the Smithsonian’s Museum of American History to see the original Star Bangled Banner, which inspired Francis Scott Key to write the poem that became our national anthem.  Watch America’s National Independence Day Parade to see military and specialty unites, floats and marching bands from around the country.  Finish your day at a Capitol Fourth, listening to the National Orchestra Play and watching spectacular fireworks. On July 3, just outside of Dallas, the town of Addison hosts Kaboom Town, a huge fireworks spectacular that has been rated as one of the best shows in the country by USA Today and the American Pyrotechnics Association.   Not only are the fireworks a sight to behold, spectators also see fly-bys from historic warplanes.  If you travel to the Dallas area to experience this event, consider visiting the Sixth Floor Museum at Dealy Plaza.  The museum, chronicles the legacy and assassination of President John F. Kennedy, If you travel to Chicago to see 1,451 foot Willis Tower, the nation’s tallest building, consider spending July 4 at Navy Pier.  Enjoy the fireworks on from the rooftop terrace or treat yourself to a dinner cruise on Lake Michigan.   While you’re in Chicago, take the time to visit the home and studio of Frank Lloyd Wright, one of our country’s foremost architects.  His concept of organic architecture changed the ways homes were built. Go to New Orleans to visit the Cabildo, the site of the Louisiana Purchase transfer in 1803.  The United States more than doubled it’s size when it made this purchase from France.  Stroll around the French Quarter and get yourself a po boy sandwich.  Celebrate America’s independence at Go 4th on the River is a huge celebration on the New Orleans riverfront offering a dueling barges fireworks display. Get away to Boston for Boston Pop’s Fireworks Spectacular. After a 2 hour concert by the Boston Pops, the skies over the Charles River will explode with one of the country’s best fireworks displays.  What better place to celebrate our nation’s birth than a walk on the Freedom Trail, literally a walk into America’s history.  While soaking in America’s path to freedom, consider a stop at the African Meeting House, the oldest black church in America and site of the founding of the new England Anti-Slavery Society and speeches by Frederick Douglass. Celebrate the 4th at the home of America’s birthplace, Philadelphia. At Wawa Welcome America.  A week’s worth of activities including a mural arts paint day, learning opportunities for the kids and movies every night, including Rocky, culminates on the 4th with an all day celebration that starts with a reading of excerpts from the Declaration of Independence and a celebration of the 50th anniversary of the Civil Rights Act.  The day ends with a free concert with acts including the hometown favorite Roots and a fireworks spectacular over the Philadelphia Museum of Art.  Be a part of history and visit Independence Hall, the birthplace of the Declaration of Independence. Want to travel west?  Visit San Francisco, the central depot and port of the Gold Rush. Walk the streets of the city on the Gold Rush Trail.  Cross over the iconic Golden Gate Bridge, what was once the longest suspension bridge in the world.  Alcatraz Island is the site of the first lighthouse and US fort on the west coast, but is known best for being the penitentiary from which there was no escape.  When the sun sets on July 4, enjoy San Francisco’s extravagant fireworks display over the bay from both the Municipal Pier and from barges off of Pier 39. If you travel to New York, there are many places to soak up a bit of American History.  Visit the Statue of Liberty,  Ellis Island, or any number of other sites that chronicle a part of America’s history or spirit.  Honor the memories of those lost on September 11, 2001 at the 9/11 Memorial. These are just some of your options to explore history and see fireworks this July 4.  Many municipalities provide wonderful fireworks displays, and each community has it’s own piece of American History.  This year, in addition to the picnics and fireworks, learn a little more about our history. Worried that something might put a kink even in last minute vacation plans? We’ve got you covered with trip insurance.