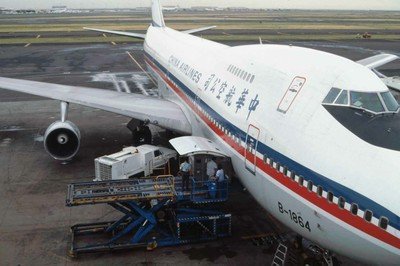 Traveling to China? Watch Out for Air Traffic Delays and “Air Rage”

If you are a regular reader of our Travel Tips, you will recall a blog post back in July about the passengers of United Flight 87 who were trapped in Shanghai for three days. Tempers ran so high that one ticket agent was physically attacked by the crowd. This is a growing problem for travelers in China as air rage runs rampant with passengers protesting ongoing delays due to the overburdened traffic control system. According to a recent story in the New York Times Global Business section:

In China, airline passengers are resorting to extreme measures to protest flight delays as the country’s air corridors become congested with millions of new fliers each year, a result of the quick rise of the middle class and of increasingly inexpensive air tickets.

With airlines struggling to keep flights in China on schedule, there have been dozens of episodes of so-called air rage involving travelers on domestic and international flights.

“When flights get delayed, passengers make a lot of trouble,” said Wang Zhenghua, founder and chairman of the budget carrier Spring Airlines, which is based in Shanghai. “Sometimes they even beat our staff.”

With the boom of new middle-class Chinese, air travel has become more and more popular, and the air traffic infrastructure hasn’t quite caught up. In a country where not long ago only a select few would travel by plane, now there is a flood of passengers creating air traffic delays of up to 16 hours.  The airspace over china is closely controlled by the military, and there are very few flight times available for commercial travel.  Airlines are bringing on more and more flights, but their current air traffic control can’t keep up with the demand.

For western travelers, these kinds of delays are unprecedented, and they also are generally uninsured. Air traffic delays are generally not covered by travel insurance plans, although you may be able to get some help with hotels and meals with trip delay insurance coverage.  If you are meeting a cruise, there is sometimes general language in a plan’s certificate that says any common carrier delay will be covered and the insurance company will help get you to your ship.   I examined quite a few different companies’ insurance certificates, and I noticed that for Air/Land arrangements – weather delays, and equipment failures are only covered by travel insurance as long as the delay itself meets the time constraints of the plan (i.e. your plane arrives 8 hours late and the plan requires a minimum of 6 hours delay so you are covered.)  Remember it is not how long before the next available flight that triggers eligibility for the trip delay, but how delayed your arriving flight was.

There is no mention of Air Traffic Control Delays in any plans I researched.   Weather delays and equipment breakdown could be considered an act of god, which is beyond the traveler’s control.   Air Traffic Delays are also beyond your control, but they were never considered when they wrote the policies – perhaps because we rarely experience that many in the USA.  If it is not mentioned as a covered reason in your plan, it is very likely a claim will be denied.

In this case, China really has a known risk of Air Traffic Delays.  It is well documented.  The odds of your flights arriving or leaving on time are really slim.   If you are connecting with another airline in China, it is best to plan ample time for a travel delay arriving, leaving, or transferring in China.  If you are not available when your inter-China connection leaves, you may find yourself forfeiting the cost of your connecting airline ticket as a no show.    It’s always a good idea to arrive a day ahead of time, to make sure you can meet your connection.  We certainly recommend this travel schedule for cruises as well.

The best way to protect yourself from air traffic delays is to plan ahead. You can’t predict what kinds of traffic delays you might encounter, but you can make sure they are less of an inconvenience. Be sure to pack for emergencies. If possible, pack just a carryon bag so, if your flight is delayed or you have to change your travel plans, you have your luggage with you. At the very least, be sure to pack your toiletries and a change of clothes in your carryon bag, just in case.

Dan has traveled around the world for both business and pleasure. During his years working in high-technology start-up companies he traveled extensively throughout Asia, Europe, and the Americas. Dan and his family also travel extensively for pleasure. Although it is challenging for him to choose a favorite destination, he gravitates toward France and Japan. Dan prides himself in the ability to travel anywhere, for as long as necessary, with a single modest carry-on bag. He also has an enormous respect for local cultures and customs. Dan is President and Founder of TripInsurance.com, the online source for comprehensible, and affordable travel insurance. Dan decided to form TripInsurance.com when he encountered his own frustrations trying to navigate the insurance options for his own vacation and business travel needs. See me on Google+
PrevOur Google Plus Fans Learn How to Conquer the World for Less
See Glacier National Park Before the Glaciers MeltNext