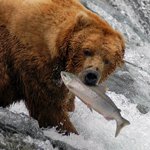 With the ascension of Pinnacles National Monument to full-fledged “park” status earlier this year, the U.S. now has 59 officially designated national parks. Among these of course are a handful of “rock stars” such as Yosemite, Yellowstone, and Grand Canyon in addition to such other well-known and much beloved destinations as Great Smokies, Denali, Virgin Islands, Mount Rainier, Glacier, Crater Lake, Zion, Bryce Canyon, Carlsbad Caverns, Everglades, and Grand Teton.

But, with so many spectacular destinations to choose from, a few wonderful destinations are often overlooked in discussions and ultimately in vacation plans. What are some of these very under-appreciated parks—the places that, while not as well known, are well worth the journey?

That’s 5, but I’ve also left out Acadia, Arches, North Cascades, Hawaii Volcanoes, Big Bend, and no doubt other under-appreciated parks absolutely worth the visit. Well, we’ll just have to save them for another blog!